Last Thursday Helen and I travelled with Werner Krauss and Dorle Dracklé to Nordfriesland to explore some of the places and politics that make up emerging energy landscapes in the region. Werner and Dorle are both anthropologists who have conducted work on the emergence of renewable energy systems across Europe. Werner in particular has had a long ethnographic engagement with the area which stretches north of Hamburg towards the Danish border; a land of salt marshes, wide open skies, migratory birds, farming communities, coastal trippers and wind turbines. Hailing from Norfolk, we felt an uncanny sense of familiarity in this otherwise strange landscape. 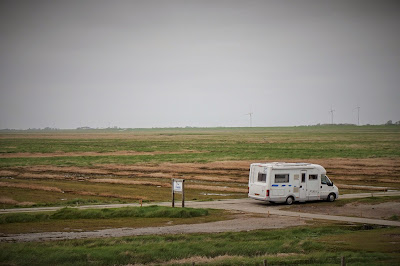 Much of the land on which one drives or walks around here is reclaimed from the sea. For centuries, people have used timber structures to capture sediments born on the tides, which eventually builds up into stable, fertile land which is excellent for crops, yet liable to flooding. Perhaps some of this land is made of sediment which once formed the eroding cliffs of north-east Norfolk on the other side of the North Sea. However, in recent decades, the establishment of a National Park has pitted nature conservation concerns against the interests of farmers keen to grow their land into the sea. The region supports a number of coastal ecosystems which conservationists are keen to protect from human interference, even though many of the ecosystems are themselves products of human artifice through land reclamation. Arguments were made that the human maintenance of much of the reclaimed land should stop, and that nature should be allowed to take its course of reclaiming space for the sea. Local communities, if they couldn't be permitted to reclaim more land, argued that they should at least be able to maintain the landscapes which have been established already. One such place is Hamburger Hallig, a piece of reclaimed land which is only partially protected from flooding but which, if the sea were given free reign, would soon disappear under the tides.

Werner has written about the struggles to define the boundaries between the 'natural' and the 'cultural' in these landscapes. He's suggested that in the difficult deliberations involved in, for example, defining the extent of the Wattenmeer National Park, disputes between competing groups have involved appeals to a nature that needs protecting or to a set of deep-rooted cultural practices which deserve preservation. Settlements have demanded both hard-won political compromise and the pragmatic definition of a boundary between nature and culture.

Over the last few years the inability to reinvest agriculturally-generated capital into a horizontal expansion of farmland has led to the growth of a new spatial fix in the form of wind turbines. Unable to grow laterally, farmland has grown upwards, harvesting the energy of the wind and taking advantage of generous government subsidies and feed-in tariffs. Little of this growth was motivated by an explicit concern about climate change. Initially the multiplication of wind turbines happened quite haphazardly, with little planning or coordination. Critics of the new aesthetics of wildly sprouting turbines spoke of Verspargelung - literally the asparagusisation of the landscape (anyone who's spent the springtime in northern Germany will know of the prominence of white asparagus). More recently, community conflicts over these rapid changes to the landscape have resolved into the creation of civic wind parks, whereby communities together invest in the construction of well-planned groups of turbines, with profits shared among the investors. Of course, there are still disagreements, and some areas have opted to keep wind farms out altogether, preferring instead to preserve the landscape in a pre-turbine state in a bid to encourage tourism. 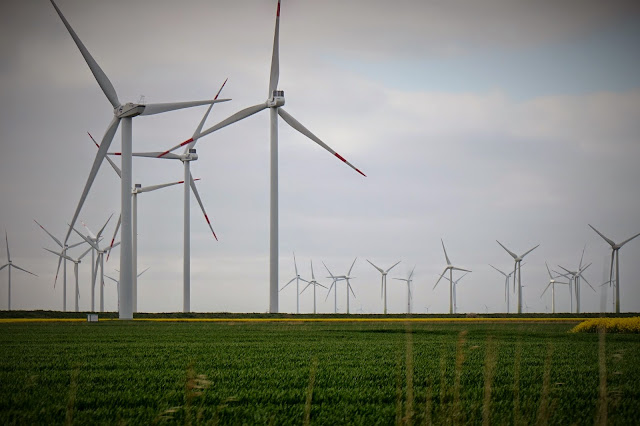 Werner has written about the fascinating webs which tie together human and nonhuman actors in these landscapes, and which extend far beyond Nordfriesland. Historically, a lot of the capital which enabled the reclamation of land and the establishment of a Koog (like a Dutch polder) came from the German colonies. The Sönke-Nissen-Koog, for example, was built by the industrialist Sönke Nissen with wealth generated from diamond mining in modern-day Namibia, and the buildings on the land were designed and named to reflect these African links. Nowadays, capital flows in and out of the region as investors from other parts of Germany vie for the handsome returns which wind energy can yield, while wealthy local farmers snap up cheaper land in eastern Germany to expand their agricultural enterprises beyond the physical and regulatory confines of the Friesland coast.

Interestingly, while debates have always concerned energy futures, social change, changing landscapes and human-nonhuman relationships, the idea of climate change has only recently come to feature. While some scientists have since sought to integrate considerations of climatic futures into local politics here, most notably through the provision of 'climate services' (i.e. locally tailored projections of future climate change), Werner has analysed these emerging energy landscapes as examples of what Bruno Latour calls Dingpolitik (literally, the politics of things). This perspective allows us to see the centrality of nonhuman objects to social relations, while also sensitising us to tacit debates about how the nonhuman should best be represented in political deliberations. It is a perspective which troubles to distinctions between nature/culture and science/society, and approaches topics like landscape conservation as collective 'matters of concern' as opposed to 'matters of fact'. 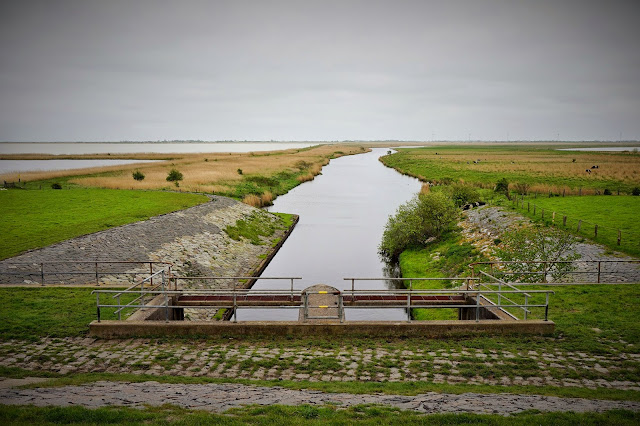 In Nordfriesland, certain things have long been the loci of important social relations. Wer nicht will deichen, der muss weichen is an old saying which roughly translates as 'Those who don't want to dyke, must go'. This points to the fact that the construction and maintenance of drainage and flood protection technologies were collective affairs, involving whole communities in unique relations of interdependence. Those who didn't play their part in properly maintaining a dyke could quite literally be expelled from a community, sent packing with just 24 hours' notice. More recently the coast - as an object of conservation - and wind energy technologies have been woven into new webs of conflictual social relations and entanglings of nature and culture.

You can read more about these entanglings in Werner and Dorle's work here, here, here and here. Below are a few more images from our fieldtrip. 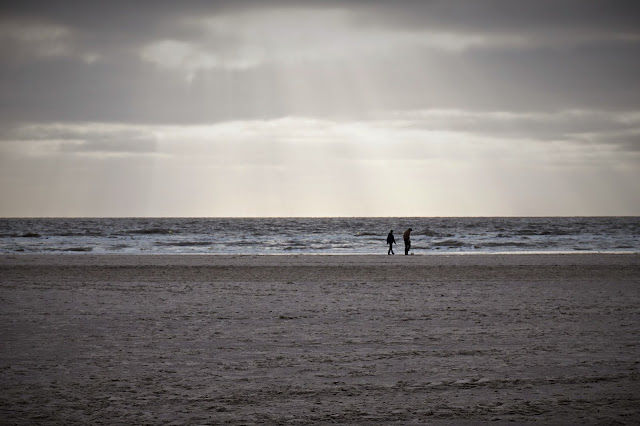