Must we eat our own tails? 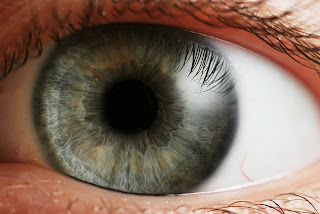 Building on my recent post on the Merton Stone blog about learning and environmental problems I will consider the concept of reflexivity and why it might be useful to studies at the interface between science and policy.

So firstly, what is reflexivity? Implying an act of 'self-reference' the term has a multitude of definitions across and within different academic disciplines. A rare point of agreement seems to be that reflexivity is a good thing and therefore we should have more of it. It is useful to distinguish between more inward-looking and outward-looking interpretations of reflexivity - and I would suggest that whilst the former have been more prolific, the latter are more constructive in theory and in practice.

In the social sciences the matter of reflexivity has been keenly discussed in relation to the role of the researcher. During the constructivist turn of the 1980s and 90s when positivist assumptions in social science were strongly challenged, feminist researchers and others critiqued the commonly assumed position of the 'objective' researcher straight-forwardly acquiring 'the truth' through various modes of information gathering. Instead it was proposed that researchers should be more reflexive by considering how their own identity and unconscious assumptions might affect research design, data collection, analysis, and many other aspects of knowledge creation. This was a vital and significant intervention, but has also led to a measure of navel gazing, with researchers inverting their gaze to their own personal theorizing and research practice. For example, in Science and Technology Studies (STS) in the 1990s, researchers began to worry that they had not been applying the same standards to their own work, as they had been using to critique the research of natural scientists and engineers. They had done significant work, for example, to try to understand the complex sociology of scientific knowledge-making and truth claims in laboratory settings or to highlight the historically contingent nature of seemingly natural cleavages, such as those between different scientific disciplines. And subsequently STS researchers tried to subject their own theories and practice to the same level of scrutiny. The danger, however, was that an increasingly introverted focus certain organs of STS risked losing their relevance and connection to the world of science and technology that they sought to study.

Whilst this inward-looking consideration of personal identity and research practice has been useful for promoting reflection and humility, strong critiques of the approach have emerged, suggesting alternative interpretations of reflexivity. Brian Wynne, for example, has criticised some of his fellow STS scholars for being overly inward-looking and self-indulgent. As an antidote he has suggested a broader conception of reflexivity which accepts the historical construction of all knowledge(s), but crucially shifts the focus outwards by calling for the systematic exploration of the commitments or assumptions which frame new knowledge. This would require interaction with those outside of a particular discipline, organisation or group. There was a similar (potential) inwardness about Ulrich Beck's original theorization of 'Reflexive Modernization', which was proposed to deal with the problems of the 'Risk Society' including the unintended consequences of man-made technologies, a state of incomplete knowledge, and indeterminate rationality. By talking of the 'modernization of modern society' Beck runs the risk of eating his own tail with the image of modernity looping back on itself; but the radical implications of his theories have been extended (by Beck, Lash and others) with the suggestion that reflexivity is non-linearity, recognising a constant state of flows, where indeterminacy, uncertainty and contingency are the norm rather than a state to be remedied. Systems are recognised to be open and unstable, in constant messy interaction with each other.

A similar theme was taken up by Andy Stirling and Adrian Smith in their critique of the approach to reflexivity in much of the Transition Management literature. They suggested that what had commonly been labelled as reflexivity - increasing the breadth of inputs within a given decision-making process - was actually reflection. A truly reflexive process would instead seek to ensure the openness and breadth of outputs, accepting the uncertainty, indeterminacy, complexity and contingency of such decisions and recognising that these features could not and should not be reduced.

So how is this more outward-looking conception of reflexivity useful in practice? Firstly, because it goes beyond mere self-reflection and introversion, which are barriers to meaningful interaction, and it averts well-meaning attempts to impose an impossible level of order and certainty onto a highly complex and messy world. Secondly, organisations related to science and science policy-making have increasingly been criticised for a lack of reflexivity by social scientists. And this criticism rests not only their lack of ability and willingness to reflect on their own deeply rooted assumptions, identities and processes of knowledge creation, communication and public engagement. Rather, it is their lack of ability to interact meaningfully with other groups and to learn from them which has had the most serious consequences.

For example, in the early 2000s UK Government science bodies and biotechnologists assumed, without further investigation, that public opposition and scepticism towards genetically modified crops had occurred due to ignorance of scientific facts and processes, and a general anti-science attitude. This attitude and their response to the public, failed to acknowledge the multiple reasons for unease about the new technology, which ranged from moral questions about the nature of life, to questions about the regulation of large biotechnology firms, and scepticism about the ability of a technology to solve a problem as significant and complex as the inequitable global food system. By failing to learn about and from the public, and dismissing their concerns out of hand, this lack of reflexivity increased antagonism and alienation between opposing groups, polarising the debate further.
Posted by Helen at 01:13