Klimahaus Bremerhaven: in the world interior of climate 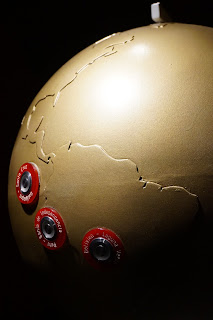 I recently visited the Klimahaus in Bremerhaven, northern Germany along with cultural anthropologist Werner Krauss. Klimahaus is a unique museum dedicated to humanity's relationship to climate. The main body of the museum leads visitors on a journey along the line of 8-degrees Longitude, following a modern-day explorer as he heads south from Bremerhaven to Switzerland, through Italy and the Sahara, into Cameroon, across the south Atlantic and over Antarctica. From there visitors head across the Pacific, calling in on Samoa and Alaska, before looping back to northern Germany at Hallig Langeness. At each stop, visitors enter an exhibition dedicated to the climate of the location, exploring its role in shaping human life and culture. In a rather old-fashioned anthropological tradition, we are introduced to the 'customs and traditions' of the locals, while immersed in the heat or cold, humidity or aridity of their climate.

Having introduced visitors to the dynamism and agency of climate, the museum proceeds to a second main section dealing with 'Climate Protection'. Here we learn about the history of the sciences of climate change, and about policy options for preserving the stability of current climatic conditions. Somewhat predictably, the policy options on show mostly concern the enlightened individual making rational changes to their personal behaviour. As Fred Turner has shown in The Democratic Surround, public exhibitions of this immersive, multimedia sort have, in post-war western societies, often sought to inculcate a particular kind of individualised democratic citizenship which emphasises freedom of choice as both a right and a responsibility. Here, this model of citizenship is extended to encompass individual responsibilities for maintaining climatic stability. 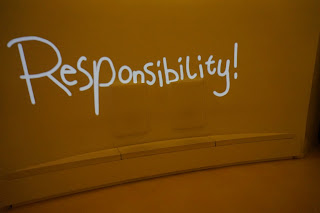 Touring these exhibitions brought to mind Peter Sloterdijk’s provocative arguments in In the World Interior of Capital. A companion piece to his landmark Spheres trilogy, the text offers a philosophical theory of globalisation which explores how the globe has figured in western thought and practice. In a nutshell, Sloterdijk delineates three phases of globalisation defined by: the mathematical rationalisation of cosmological space enabled by Greek geometry, and the coeval interest in spheres as ontological and aesthetic perfection; the terrestrial globalisation of the early modern age, with its maritime voyages of discovery and colonisation; and the period since 1945 of ‘electronic globalisation’, facilitated by new technologies which render globe-spanning communications instantaneous.

“What distinguishes the three great stages of globalisation…are primarily their symbolic and technical media: it makes an epochal difference whether one measures an idealized orb with lines and cuts, sails around a real orb with ships, or let aeroplanes and radio signals circulate around the atmospheric casing of a planet.”

The second section of the book takes the figure of the Crystal Palace, home of the Great Exhibition of 1851, as a metaphor for the modernity brought about by this history of globalisation: the world interior of capital. In this hothouse environment, the spoils of globalisation are brought home, the moderns live in capitalist decadence, and the rest wait outside for their turn to enter. The boundaries of the Crystal Palace are geographically complex, made of discriminations, constituting a structure which, like Hardt & Negri’s ‘Empire’,

“is not a coherent architectural structure; it does not resemble a residential building, but rather a comfort installation with the character of a hothouse, or a rhizome of pretentious enclaves and cushioned capsules that form a single artificial continent”

Climate has figured large in Sloterdijk’s recent thought. His spherology project, concerned with the phenomenology of human spatiality and the construction of 'interiors' at multiple scales, has recently engaged with questions of climate change. One of the outcomes of colonialism, Sloterdijk suggests, was the discovery of the “world context”, meaning we now inhabit a “repercussion-infested system”, as actions – such as emitting carbon – are seen to impact materially on other people, beings and systems which may be spatially distant, but which can be considered materially close. 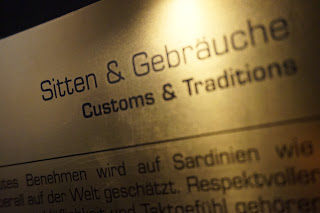 The two main strands of Sloterdijk’s argument in the World Interior neatly map onto the two main sections of the Klimahaus. In the first, we follow an ‘explorer’ boldly setting out to discover spaces which do not belong to his own lifeworld. Suitcase in hand, he embodies contemporary residues of the ‘Geography Militant’ culture which Felix Driver argues can be detected in diverse discourses and media, a long time hence from its Victorian apogee. The presentation of other cultures as situated timelessly within particular spaces and climates, displaying ahistorical ‘customs and traditions’, recalls much earlier modes of knowing and representing the anthropological Other. Critical climate scholars have observed how climate change discourses have allowed the re-animation of problematic tropes such as these, in rebooted forms of thought like climatic determinism. Yet this voyage which museum visitors are invited to take is decidedly modern, despite its arcane insinuations. It is thematic, concerned with climate above all else, illustrating what Sloterdijk describes as a shift from “great actions” to “great themes” in the transition away from the age of terrestrial globalisation. Here, climate both divides and connects; it explains difference, but represents too a common thread of material connection which is offered in the following exhibition as a political injunction. 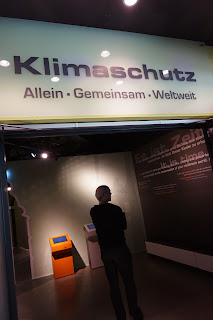 The ‘Climate Protection’ section offers climate not as an exterior space to be explored, but as part of a modern interior which must be carefully calculated and managed. The symbolic media of this calculation are many and varied: the ice core, the computer model, the ‘personal climate account’. But amid these calculative rationalities uncertainties proliferate, which are domesticated through personal stories from the future offered by characters we met on our first voyage. The climatic spheres to be found lined up along 8-degrees Longitude have been disrupted; families torn apart, livelihoods disrupted, lives lost. Stability gone, the boundaries of the Crystal Palace are made more indeterminate, not least as human migration enters the narrative as a mode of ‘adaptation’.

The setting of the museum itself is rich in suggestive symbolism. It occupies a site on the quayside in what was once one of the hearts and springboards of German oceanic expansionism. With the age of formal European empires over, and notions of atmospheric globality firmly entrenched, the quayside now plays host to climate as interior, rather than to those who, suitcase in hand, once sought it as exterior. If enlightenment once began at the docks, now we encounter something new; a gracefully bulbous glass and steel construction which is home to both the Klimahaus, with its gathering together of the world’s climates, and a Mediterranean-themed shopping mall, transporting consumers from one maritime setting to another. Here, though, the Mediterranean climate does not seem to have been simulated, just the aesthetics of a jumbled streetscape in terracotta hues. For the warmth, one must buy a ticket at the Klimahaus, and follow our explorer down to Italy. 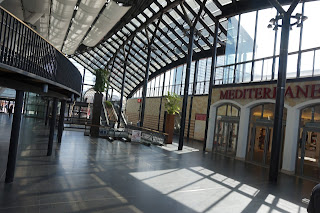 Capturing something of "the drama of the earth's disclosure as the carrier of local cultures” and its subsequent “compression into an interconnected and foamed world context”, Klimahaus is a product of 20th century atmospheric globality:


“no globe we have ever seen shows the earth's atmosphere. Two dimensional maps likewise provide views of airless territories...It was not until the 20th century that the atmosphere was added once more and the objectified conditions for human milieu-connectedness made nameable.”


20th century explications of the atmospheric milieu can be traced, Sloterdijk suggests in Terror from the Air, to the rendering of the milieu as a military target in the first gas attacks on the Western front in 1915. This process of progressive explication has also seen microclimates come to figure as objects of control. Air conditioning, for Sloterdijk, is much more than a domestic technology, but a variegated field of human action whereby interiors of various sizes are conditioned to our environmental whim, often benignly, promoting comfort; sometimes as a mode of violence. But it is the more banal technologies of air conditioning which allows the Klimahaus to gather together, or more accurately simulate, a diversity of climates. If Sloterdijk’s epochal distinctions are founded upon discrete ages’ symbolic and technical media, Klimahaus may be considered a paragon of 21st century forms of globalisation. 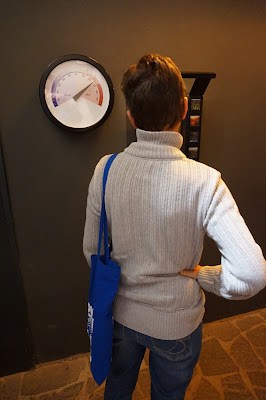 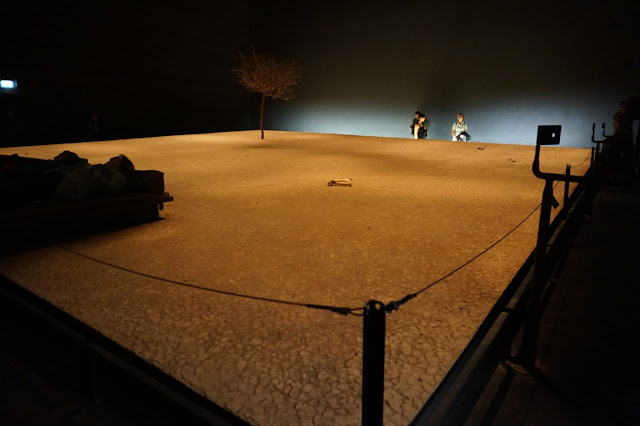 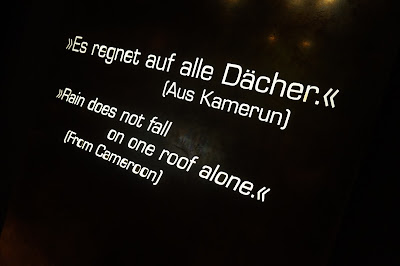 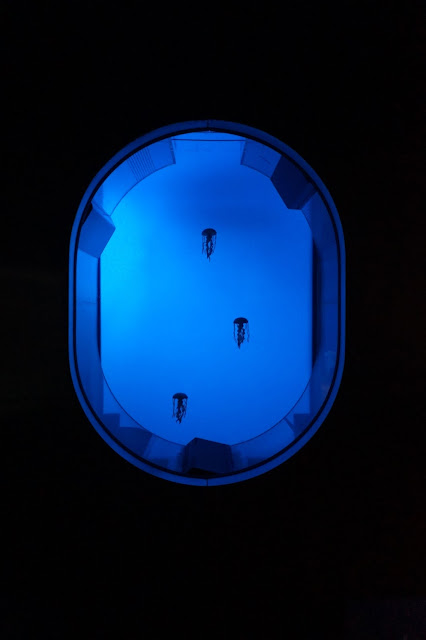 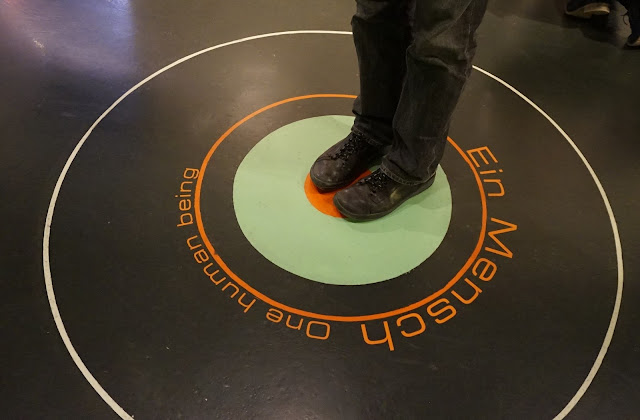 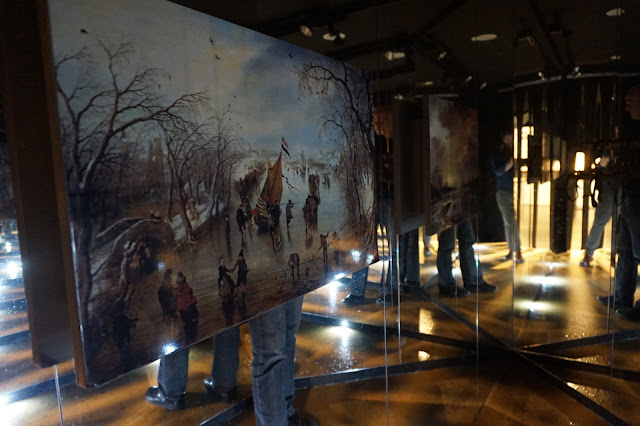 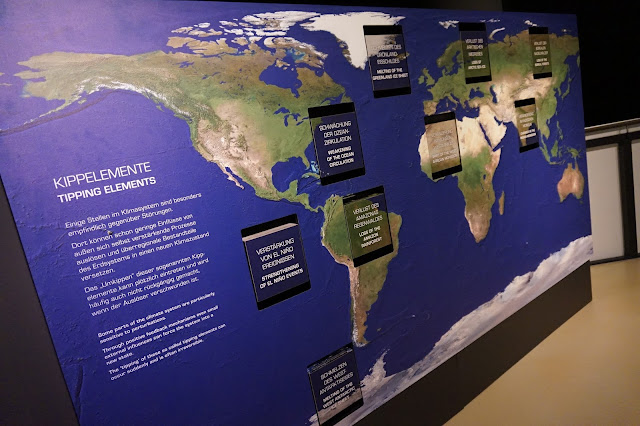 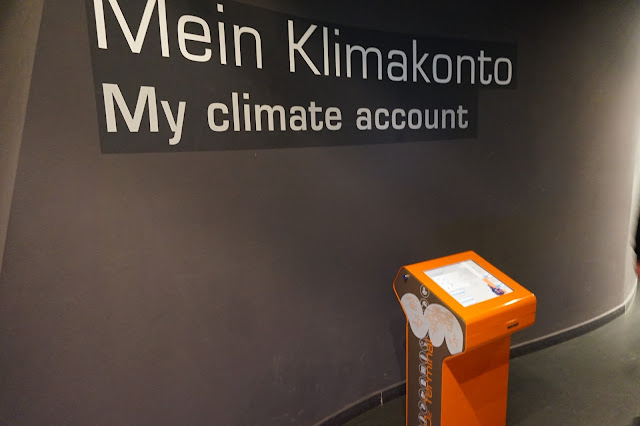 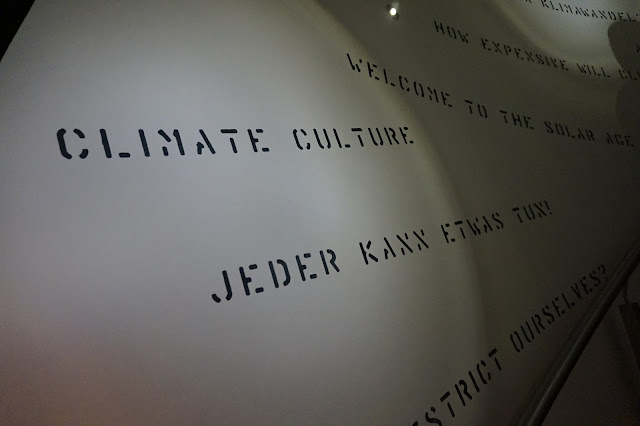